The fourth episode of Later Nights w/ Late Nights Minneapolis features Ada, Ian, Joe, Lauren, Rachel, and Shea. Recorded by Erik and hosted by Steven. We talk about the Olympics and shooting a member of the cast into space. Read some sketches, including half finished sketches from our youth. We also drink. Some, but not […] Much of the Late Nights cast and crew were away. So, we asked a few friends of the show to pitch in and help bring Later Nights to life this month. And Lauren stepped in to host while Steven manned the board. We were not disappointed by the results. In fact, you better watch your […] 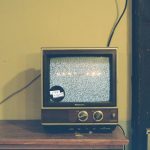 The second episode of Later nights… (…Why isn’t there a cool word for second-to-first, like ‘penultimate’ is for second-to-last?) …The peninaugural episode of Later Nights w/ Late Nights Minneapolis. We’ve discovered that we can use things to make sounds that sound like other things. Our revolutionary new technique allows us to create sound effects without […] 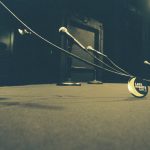 The debut episode of Later Nights w/ Late Nights Minneapolis was recorded live on November 4, 2017. Our first episode includes new sketches, some old favorites, and some weird games. You can catch Later Nights live at the Bryant Lake Bowl, generally the first Saturday of every month, at 10 PM. Go to bryantlakebowl.com for […]