We got to hang out in the studios of Outpost 31 Productions today and speak with its leader Ryan Schaddelee. We talked about film, making special effects and the process of being awesome. Ryan is an amazing effects creator as well as being a great director. Please enjoy this episode with Ryan Schaddelee! 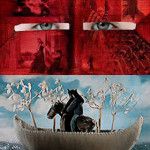 Michael Postle’s picks “The Science of Sleep” and “The Fall” lift us from the “Escape From Tomorrow” fugue.

We sat with Brian Denny owner of Props on Wheels. He has any car or vehicle for your film/commercial needs. Also he helps to raise a lot of money for Gillette Childrens Hospital.

A round table discussion with Director Paul von Stoetzel. Literally at a round table. We learned PvS drinks early, Producer Kyle was quiet, the Iceman now has a “mancrush” & Skinner makes bad decisions. 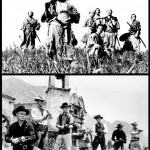